All My Movies: American Wedding 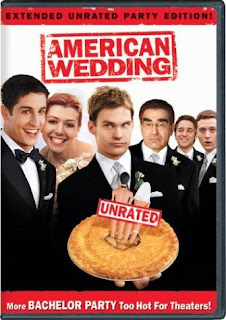 Road To Ownership: I *must* have bought this when I was still living at home and watching the bulk of my movies on a 4:3 TV. That's the only way I can explain the choice to buy a film in full screen instead of widescreen. 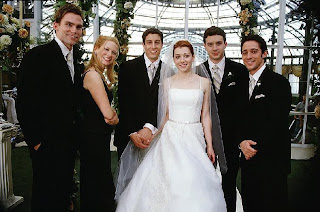 The Plot: The movie opens with Jim and Michelle celebrating their graduation over a formal dinner - the same dinner where Jim plans to propose to Michelle. After some typical opening scene hilarity ensues, the couple moves forwards with their plans - including Michelle's dream wedding plans going awry, the arrival of her sister Cadence, and Jim needing to learn how to dance. For whatever reason, Stifler really plays a big role in this film (look at the poster for further evidence) and one of the major resolutions of the film involves Stifler's character, as opposed to couple drama between Jim and Michelle. Kevin and Finch are once again resigned to major supporting roles, although Finch is thrown a few more bones than the underused (and needed) Kevin.

The Good & The Bad: This is easily the worst of the Pie films to hit the theatres. The lack of pacing / timeline (just how long are Michelle's parents staying with Jim's family, and how many months does this film span?), the overexaggeration of Stifler's character, the lacklustre conflicts and their rapid resolutions, and the slapdash way the events link together as a bunch of random sketches makes it feel more like a bad Will Ferrell movie than a sharp, jaw-dropping Pie film. There's something seedy about it altogether - the cinematography doesn't feel right, and the characters are hollow shells of the personas they developed and grew into across the first two movies. Although Jim still does some of the biggest physical comedy scenes, it feels like he's relegated to window dressing, when the movie is supposed to be about his wedding. Ditto to Michelle, who seems to work better as a surprising sex kitten in small doses as opposed to her random sexual interjections popping up in grand contrast to the slightly more grounded character she's supposed to be regarding her family and wedding dreams.

There are a few pros however. The sly nods to the earlier Pie films - like Stifler freaking out at the 'you go, we go' moment or the boys telling Kevin to shut up when he talks about 'the next step' - are welcome for longtime fans. Trimming the fat off the sizable cast should have worked better than it did - how is it that in the first film when the cast was double the size, we got to know ALL of the characters five times better? The evolution to more of a romantic comedy is only somewhat successful - the battle over January Jones is more fulfilling than any sort of romantic resolution. Jim and Michelle manage to escape the entry relatively unscathed, yet the scene of Michelle walking down the aisle is still a little sweet and moving (despite the hilarious conversation going down between Stifler and Finch at the same time). All in all the film feels like a nice farewell to the series and the progression of Jim, the true star of the show.

That being said, I've said it before and I'll say it again - the main issue with the latter two films is it doesn't have a big, overriding storyline with an end outcome. You never question whether Jim and Michelle are going to get married, in fact it's hard to ask any questions at all the first time you watch the film as it really does hop from place to place with little rhyme or reason. 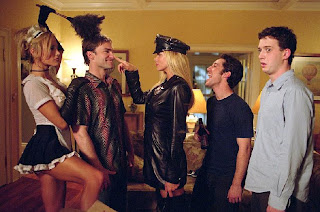 Best Scene: As with the first two films, I have to go with the 'big' scene of the movie - the bachelor party. Having watched the unrated version the last few times, I can't even remember what's in the film and what isn't (if you only saw it in theatres), but the unrated version does go on WAY too long. That being said, the best moments of the film come from Jim discovering the hijinks his friends have been getting up to, including the absolutely priceless shot of Finch under the Levenstein's breakfast bar. Much like the first two films, it's the reactions of the uninvolved (the webcam viewers and the radio listeners) that really *make* this type of scene. 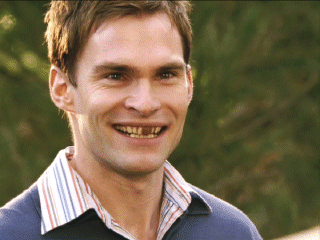 Worst Scene: As I was watching the movie, I was thinking "Oh for sure, the retarded dance-off between Stifler and Bear" but then the chocolate/dog shit scene came on and I was like "OH DEFINITELY THIS". My answer stands - the dog shit scene is quite possibly the worst scene of the entire series. While Stifler's past gross-out scenes were hilarious in some way, this one was just cringe and gag-worthy. Fail. 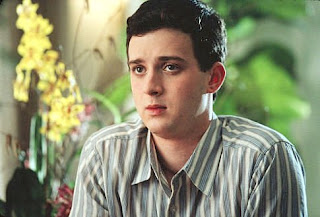 Worst Character: I don't know WHO was giving Seann William Scott directions in this film, but he actually acts like he has a mental disability. His body language, facial expressions, and boyish cackle all add up to a deranged, slow, irritating version of the cocky, snappy, dolt that was a welcome foil in the first two films. It's just...terrible, and the fact he's such a major addition, like Michelle, proves that certain characters are best used in small doses.

Soundtrack of our Lives: Another fantastic soundtrack, arguably the best in the series. Mixes a few big name artists (and songs - Jakob Dylan's cover of 'Into The Mystic' is great) as well as some interesting indie acts and songs. Maybe not as memorable as the other soundtracks in terms of their mainstream relevance, but still great.

If You Like This You'll Like: The more sketch-oriented comedies that have proliferated the market in the last decade, such as 'Knocked Up', 'Old School' or 'Anchorman'.