1:21 PM Posted In movies , Music , Scores , Soundtracks , Television Edit This 0 Comments »
I'm a writer by trade. I make a living from it, I think I have four or five blogs including this one, and I've always got some writing project on the go that may perhaps provide a new source of income in the future.

I'm also a Grooveshark addict, constantly making new playlists for various moods and activities. For awhile, I created a playlist I called 'Writing Friendly', because it wasn't chockful of top 40 dance-readyhits (which belong on the 'Shimmy' playlist). In time, that has basically evolved to be songs of the indie rock / alternative / folk persuasion that I tend to favour. It's easily the most generic of my playlists, but it does tend towards a more mellow vibe that I CAN use to write with.

However, more often than not, when I want to buckle down and focus, I actually listen to movie / television scores. The reason is multi-fold. For one, there are no words to focus on and mock or smile at. For another, there is a certain 'creativity' to movie scores that I don't find with classical music - I see what the composer was trying to do in terms of evoking a mood for a film. It's quite powerful without being distracting.

And I'm not bashing classical - I've had many years of playing the piano and the flute (no AP jokes please), and I'm a classically trained singer. Unfortunately, all of that works against me when listening to classical music to focus: I get VERY distracted by picturing how I might figure out the notes to play a song on the piano, and I'm incredibly familiar with say, the top 100 most famous classical tunes. Unfortunately most of the songs I'm most familiar with are songs I've *played* at some point, so I tend to just stop and want to close my eyes and listen. I also realize I sound like a huge tool at this point, so let's move on.

If you haven't listened to scores before, I suggest you give it a whirl on your Grooveshark, Pandora, iTunes, whatever account. Think of a movie or tv show that has a memorable score - stuff like CSI or rom coms with indie rock soundtracks aren't right here. You want things that let orchestral music do the work.

Generally speaking, I gravitate towards pretty orchestral stuff: lots of strings and piano. I almost never listen to the dramatic 'battle scene' type music, but I love the quieter tunes. I generally don't listen to a whole lot of ethnic-influenced scores. They're a little polarizing and distracting, although not as much as big dramatic scores can be.

The more you listen to scores, the more you'll get to know a composer's style. Thomas Newman, my fave score composer and the Susan Lucci of the Best Original Score award at the Oscars, does gorgeous string arrangements punctuated with interesting percussion instruments. If you listen to John Williams 'Home Alone' and 'Harry Potter' scores, you'll hear a similar sense of whimsy and traditional orchestral arrangements. Michael Giacchino's scores are bold, and often use brass instruments to dramatic effect.

Here are a few places for you to start. I do recommend to listening to as much score music as you can get your hands on, then figuring out from there what you love / don't love. 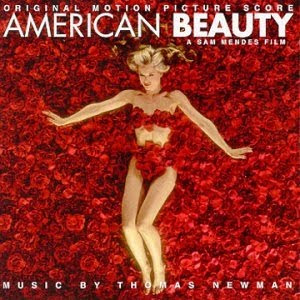 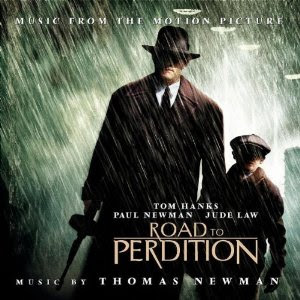 American Beauty & Road To Perdition
by Thomas Newman
It's really a toss-up for me on which score I prefer. Both are genius examples of Thomas Newman's abilities to create an atmosphere for a film. I tend to lean towards Perdition because listening to it instantly takes me not only back to the movie, but to the time period - I can picture Boardwalk Empire and Shawshank Redemption right alongside Tom Hanks' beleaguered Irish mafioso. It's a lot of moody strings and piano wrapping themselves around each other, channeling the dark grey skies and somber felt green suits that dominate the film. I don't even mind the more aggressive, bagpipe-influence tracks. Every time I listen to it, I just crave watching the movie (which is, to be fair, one of my five faves of all time).

American Beauty however, is a stunning albeit overplayed score. The fact is, when any of the tracks are used in other productions (something more commonplace than you might think), it stands out as jarringly wrong - those songs belong to THAT movie. The album is well known for being primarily percussion based, yet incredibly melodic nonetheless (an impressive feat Oscar voters!) Of course, the most infamous song of the bunch is the haunting piano track Any Other Name, played during the plastic bag video scene. This is an example of a distracting score in my books...but I do love listening to it. 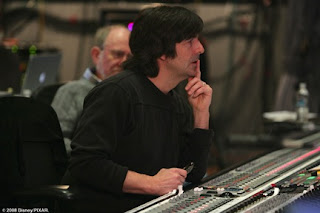 Thomas Newman
I've singled out my two favourite scores above, but I'd be remiss not to mention that Thomas Newman in general is fantastic. You can't go wrong. Here's a quick recap of a few of his other notable recent projects in terms of sound and song suggestions:

Little Children - I associate Thomas Newman with Sam Mendes, because they almost always work together, and thus Kate Winslet comes into the picture. This is one of a few times they in fact WERE on the same project, with Newman creating a haunting, simple, string-laden score.
Listen To: Red Bathing Suit - I hear windchimes, whispers, and hints of Newman's greatest hits.

Revolutionary Road - Not my favourite Mendes film, but it's good. I won't argue with that. It's a solid if depressing adaptation of a solid if depressing novel. The score reminds me a bit of Perdition, only simpler. Not lighter. Simpler.
Listen To: The Bright Young Man - NOT the prettiest song on the soundtrack, but the way it balances the pretty harp noises with the jarring, dissonant piano speaks volumes about the atmosphere of the story.

Shawshank Redemption - A dramatic, laborious score with a few quieter moments mixed in. It has a real cinematic quality to it without being too distracting...I feel my heartstrings tug a bit during these ones.
Listen to: Shawshank Redemption (Stoic Theme) - That's just the title of the main theme on my Grooveshark playlist. You want the main theme here. It's very dramatic, but still gorgeous and rich.

WALL-E - One of two notable collaborations with the Pixar wizards, this score mixes techno burbles of happiness with light string arrangements and dramatic kid-friendly stuff.
Listen to: Horizon 12.2 - A perfect mix of techno-infused piano wizardry.
Pay It Forward - I only vaguely recall this movie - about Haley Joel Osmont creating the power of three or whatever in terms of being a do-gooder - but the score is very sweet and simple. Many pieces of the score wouldn't be out of place in some of Newman's other films actually.
Listen to: Gasoline - nice melody, primarily piano based, like most of the score. If you like this, you'll like the rest.

Finding Nemo - Newman's other, and possibly more memorable (if repetitious) score for Pixar is for my fave Pixar film. The score warps as the setting does: surfer tunes, dark action-y tracks, and hero worship string numbers all play a part, but the main theme is used so often and to such great effect, it's equally as heartwarming as the film's story.
Listen to: Nemo Egg - after one listen of this, you'll be able to pick up how often it's used in the film. I think my fave moment is when they're in the whale's mouth. So beautiful. 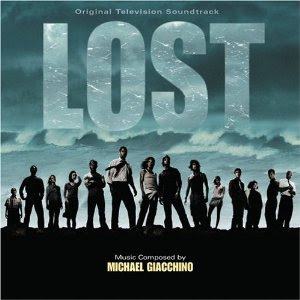 Lost
By Michael Giacchino
Mendes and Newman. Columbus and Williams. Abrams and Giacchino. Almost every JJ Abrams project has Michael Giacchino at the helm for creating the score, and while I certainly picked up similarities between them once I realized that fact, it's the Lost score that stands out to me. It got a lot of attention for its unique use of actual parts of an airplane to create the first-season score, but as the years went by, the sound evolved. Listen for the dramatic, in-your-face horn sections, the nods to island living, the ability to create suspense during pivotal scenes and character development. And of course, some really beautiful, oft-repeated piano and string melodies used during the series' most memorable montages and final scenes.
Listen to: You have six seasons of material. Listen to as much as possible. I love the Do No Harm (Closing Score).
Note: Michael is also the brains behind the Oscar-winning soundtrack for Pixar's 'Up'. Most of the tunes are very short, very thematically based, but the whimsical main title that channels the love story that unfolds at the beginning of the movie is a pure joy. Listen to it. 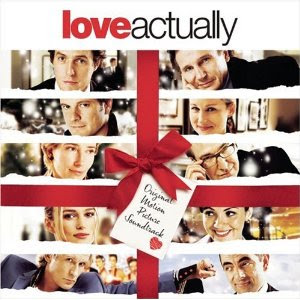 Love Actually
by Craig Armstrong
The Love Actually soundtrack is actually a pop-fueled soundtrack that I quite love, but I also especially love Craig Armstrong's notable score: 'Glasgow Love Theme'. You'll recognize it from a few points in the film, most memorably during scenes with Colin Firth's lost in translation love story with Aurelia. 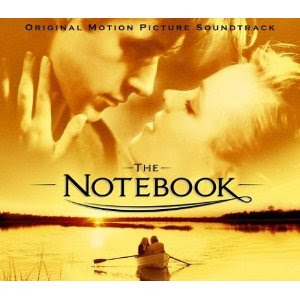 The Notebook
by Aaron Zigman
Despite my love for piano and strings, sometimes a score is a little schlocky, which makes sense if you're scoring a sappy (but beloved) romance like The Notebook. I however, love the Main Title for the film, and actually have the sheet music to play it on piano. Fun fact: the song Ally knows how to play by memory throughout different points of the film - Prelude in E Minor by Chopin - is one of the songs I played for my final piano exam before I gave up studying it. And I still love it to this day, wicked arpeggio in the final section and all. 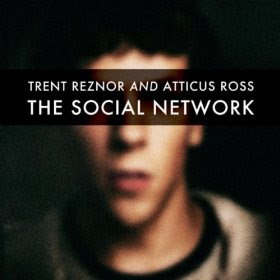 The Social Network
by Atticus Finch and Trent Reznor
I absolutely love this soundtrack. It's best marked by the somber electro-hum credits track Hand Covers Bruise, but there is plenty of other pulse-pounding (surprisingly so) gems to be found here, with an almost jungle-esque vibe. Unexpected, memorable, complex, beautiful - all the things you want from a movie soundtrack. 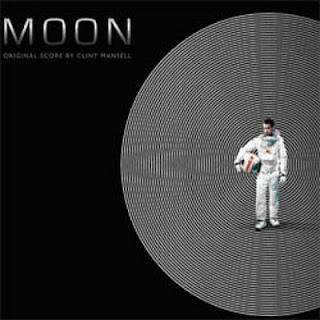 Moon Soundtrack
by Clint Mansell
From the opening strains of Clint Mansell's haunting score, you know something's afoot on the aforementioned Moon. In fact, I'd say a good chunk of the film's mind-torturing tension comes from the haunting, eerie score that pops up in a variety of forms throughout, and sticks with you well after the credits. One of the BEST new scores I've heard in the last few years.