8:26 AM Posted In America's Next Top Model , Degrassi , Gossip Girl , Modern Family , One Tree Hill , Parenthood , Saturday Night Live , Survivor , Television , The Amazing Race , The Office Edit This 0 Comments »
Kind of late on this, but to be fair, Modern Family just finished what...a week ago? Here is my end-of-year recap for the best & worst in television, organized by the night it's broadcast. 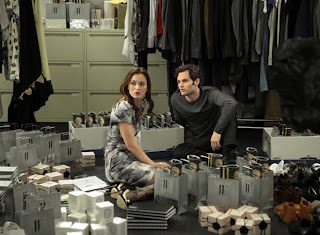 Gossip Girl
Pretty terrible season, but it's a pretty terrible show to begin with. I've long ago accepted that Josh Schwartz lost his mojo around season 2 of The OC. I have so many problems with GG it's hard to narrow them down...the constantly rotating 'B' cast (although irritatingly, GG is finally inducting a B cast member in the form of the terrible actress that played Charlie at the end of this last season)...the HORRIBLE sub-plot involving Raina for the last chunk of the season...the improbability of Blair and Serena finding happiness outside of their incestuous circle of boys...the lack of Dan having enough screen time.

Best Plot: Blair & Dan's non-relationship, hands down. The reveal about Serena's expulsion from prep school was cool as well, although insane.
Worst Plot: It's a tough call between Charlie's faux-psycho-act at the end of this season, Georgina's faux-mafia-baby, or Raina's faux-mother-death stupid stupid stupid plot. Probably Raina.
FINAL GRADE: C 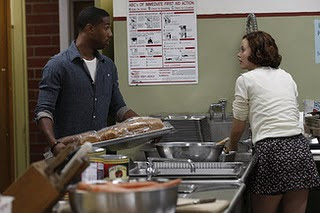 Parenthood
This show quickly became one of my most anticipated of the week, which is weird considering it's definitely targeted to an older demographic, it's WAYYYY slower than any other show I watch, it has no overall direction to differentiate itself, and it's still got some annoying ticks - Adam & Christina's smothering coupley-ness, Drew having zero interesting plot lines, and way too many screaming scenes. But, I loved the guest stars this season - Stephen Baldwin, John Corbett, Michael Jordan (FNL, not the basketball player) - and there was tons of good stuff to love here, especially the way they slow-boiled (realistically) different plot points throughout the season. Hattie & Alex's relationship, Crosby/Jasmine/Gabby, Adam's work situation, Julia's infertility, Sarah's romantic life...none of these things were solved in a day, they still aren't solved. It's what I love most about this complex, dramatized version of family life.

Best Plot: I liked the Hattie & Alex storyline and how long it went on for (surprisingly). I thought it would implode at some point but it hasn't...yet. I think there was some potential good foreshadowing set up here. I also think Jason Katims recognized Michael Jordan's great acting on FNL and recruited him for Parenthood, so kudos.
Worst Plot: Hm. I wasn't a big fan of Sarah's play and I found Amber's rebellion at the end of the season annoying (if understandable). I'd have to go with the random Camille / Zeke issues when she started taking the painting class.
FINAL GRADE: A- 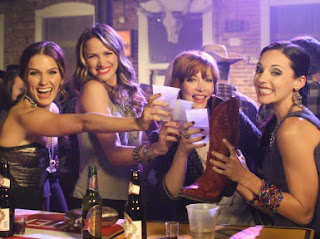 One Tree Hill
Eff I hate this show. We all know it piqued around Seasons 3-5 and now it's torturing us with a long, slow death. My issues? Oh my, where to begin. The fact that everything ALWAYS turns out okay is insane. One of the good things about OTH during its height was the fact things didn't always turn out okay - see: S3. Keith being shot. Let's look at one, just ONE character this season and see how it turned out for them. Brooke 'losing' her company. Her mom went to jail for about 4 episodes, she got offered a job with the company after all, she paid back her investors, and she still managed to be wealthy enough to do fuck all for the entire season. Brooke being infertile. She landed a magical, white, pretty, totally interested girl who wanted to give up her baby within weeks. Said girl took said baby back, Brooke is magically pregnant - with TWINS - and has a healthy birth to Jude and Davis (cute names) by end of season. Um, I think that's about it. Two or three-ish conflicts, all sewn up nicely.

I mean, I get it. They all kind of thought this was a final season, so they were stuck in a stupid place between not wanting to rock the boat too much (did anyone break up or even teeter near breaking up this year?) and needing to sustain some sort of drama. They also jumped endless sharks with totally random theme episodes - like the gag-worthy superhero one that had NO POINT WHATSOEVER, or the irritating toaster strudel / baby preparedness test one. I did like the "Hangover" episode although it's ones like that and the ridiculous Puerto Rico trip that you realize the show has a lot of female characters that don't really vibe with each other...since when would Brooke go on a holiday with Quinn (who she almost never interacts with), Lauren (who she's never had a conversation with), and Alex (who she doesn't really like)?

I also have serious issues with Quinn. I've rhapsodized before on my hatred for her, but the fact she seems to be on the show primarily to be the creator's / costume designer's random eye candy (a role previously employed by the much sluttier Rachel) and has no interesting plots whatsoever...sigh. Hate.

As for the finale, it was a rushed season finale. I liked the symmetry (if obvious...or super random) of Karen's Cafe re-opening, setting up the show for a mid-2000's comeback, but it just felt like a weird fast-forward, and now that it's coming back to torture me for one more year (I have to watch it end), I wonder what they can possibly cook up.

Best Plot: Um. Everyone pissed me off this season. Normally I'd pick a Brooke plot but she was so simpering and whiny this season I wanted to punch her. It was nice to see her get married I guess, although I'm still ech about her and Julian. That's your best friend's ex-fiancee yo! Terrible way to introduce a love interest.
Worst Plot: Too many choices, but I'll say any scene that involved Quinn & Clay, including the six-episode coma sh*t at the beginning of the season. I fast-forward about 90% of their scenes and I don't think I'm missing a thing. That's a huge red flag OTH!
FINAL GRADE: D 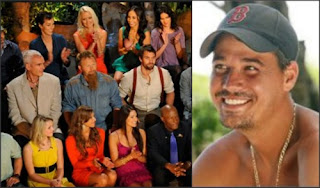 Survivor: Redemption Island
I am of mixed feelings on this season of Survivor. I was rooting for Rob and in total disbelief that he could coast to the finals, but he did it with finesse. It was a master class of how to play the game, but couldn't there have been a more interesting / dynamic cast for him to overcome and rise up? I didn't like Redemption Island. The only people I liked aside from Rob were David, Stephanie, and Andrea. I'd like to see all three of them play again. I may come to find Philip more hilarious in the future (a la Coach) but he ate up way too much screen time.

Best Plot: Rob & the idols this season was hilarious.
Worst Plot: Phillipp's droopy drawers, or the stupidity of the Zapatera's voting off Russell.
FINAL GRADE: B 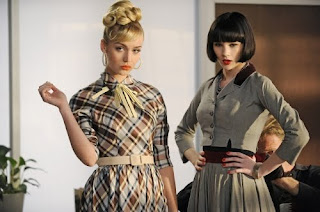 America's Next Top Model
This is another show I'm wondering why I watch. I enjoy the photoshoots, but the drama is starting to feel unnecessarily ruthless and the show is increasingly pointless since no one is really successful and the winner feels pre-determined. This season had the meanest of mean girls in the final two - I don't care how oblivious Alexandria is, the behaviour of the other girls was downright sickening this season. Also Brittany in particular broke a million ANTM rules (losing limbs! contrived poses! unprofessional in front of the clients + judges) and yet she STILL won. The destination of Morocco was bizarre as well. 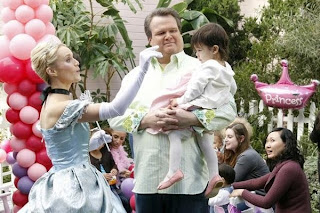 Modern Family
My review of this show is totally messed up. I received Season 1 for Christmas and flew through it and the first half of Season 2 before it returned around mid-February. So in that sense, I give this show a resounding THUMBS UP since I absorbed it all in such a condensed timeframe. Some people noted that S2 lost a little of the sparkle of S1 but it felt pretty continuous to me - I suppose there was some repetition but I still loved every single episode. 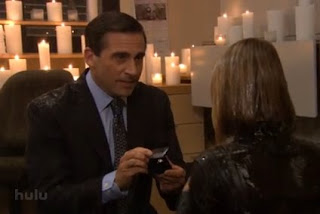 The Office
Weird how Thursday used to be must-watch TV for me and now it's dwindled down to The Office. This was a decent season because the writers stepped up their game to give Michael a fond farewell. The proposal episode was heartwarming and funny ("three years salary, right?") and the post-Michael scramble for a new manager brought up some prime hilarity. It's still not as good as the golden years (S1-S3) but better than the last one or two seasons. 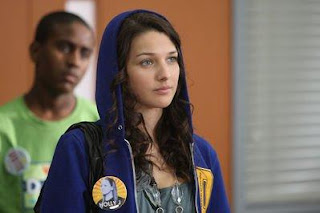 Degrassi
Degrassi continues to amaze me in how popular it is...and how they keep on mining the life of a teenager for new plots. I'm surprised they never did a runaway plot until Ally this season actually. I don't really have anything bad to say about Degrassi to be honest. There's little tweaks I'd make all over the place - more Holly J! less Jenna! Eli & Clare = love but I'm interested to see them apart for awhile! I can't wait for the new summer season to kick off.

Best Plot: I liked that Fiona's plot went from episode 1 of last year's summer season and didn't resolve itself till the very end - revealing a very complex character and good actress in Annie Clark. It wasn't necessarily the plot I looked forward to the most (so much awkward) but I appreciated the length of it.
Worst Plot: Eli's hoarding perhaps? Seemed a little forced. Or Fitz's turn to Jesus.
Final Grade: A- 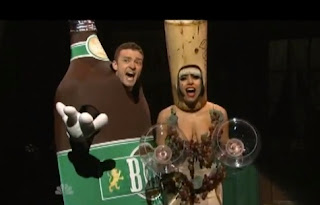 Saturday Night Live
You know I just had a chat with a friend about this show. He thought this season was better than the last few, I thought it was scraping the bottom of the barrel. The repetition of sketches, over-reliance on Kristen Wiig, and sidelining of their guest hosts is pretty painful. The fact that the best episode of the season - finale with Justin Timberlake - featured nary an original sketch is frightening.

Best Sketch: Not sure. Justin's 'Liqourville' was great, as those ones always are. I'm trying to think of any new recurring ones and nothing's coming to mind...
Worst Sketch: I hate the Vinny Venidici Italian TV show and always skip it. I'm tired of 'What Up With That'.
Final Grade: C 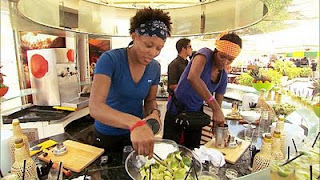 The Amazing Race
The All Stars concept was fun to revisit, although a few of the teams were questionable. Ron & Christina were annoyingly amusing, my past favourite teams quickly fell into a hierarchy (buh-bye Margie & Luke), and I HATED MALLORY AND GARY. I loved Zev & Justin and was heartbroken they didn't win, but the sisters Kisha & Jen had a great race and deserved the win. In fact, if they weren't so obnoxious on their first race I would have been a stronger advocate of THEM being the first all female team to win the show. Now we just need a parent/child team to win.