Dreamcasting: The Fault In Our Stars

8:19 AM Posted In Angus T. Jones , Books , Dreamcasting , Dylan Minnette , Jordan Todosey , movies , Robin Williams , Sasha Pieterse , Shailene Woodley Edit This 0 Comments »
I'm kind of…dreading…reading YA fiction right now. I'm just. Burnt out on it. And yet I still have a bunch of stuff stacked up to read in that department and it's all feeling a little stale (just like I burnt out on chick lit a few years ago).

Anyway in the last few weeks I've read Julianna Baggot's Pure, which was an interesting, twisty tale about life after a nuclear holocaust with rather pedestrian characters - plus their physicality was so gruesome I didn't really work hard to dreamcast the film. 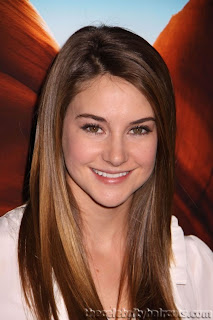 I also read Hush Hush by Becca Fitzpatrick, mostly because I received the third book as a gift of sorts from another blog I write, and I figured I should read the rest of the series. It felt like a horrifically close rip-off of Twilight, which hi, we don't need, but it was sadly better written than Twilight. Angels instead of vampires. Or something. I just started the second book yesterday and I'm kind of dreading it. The one thing I will say for dreamcasting in that case is that chick from The Descendants / Secret Life of an American Teenager, Shailene Woodley, earned the main role of Nora in my head. I think her hair isn't right, but she is lean and leggy so that works. Also, in retrospect, she'd actually make a good candidate for the Jessica Darling movie that's being developed right now.

Anyway the last one I read, which was thankfully not YA Dystopian, was the amazing John Green's The Fault In Our Stars. And since I've dreamcast his last two books (that I've read) on here, it only seemed fitting to cover this one as well. 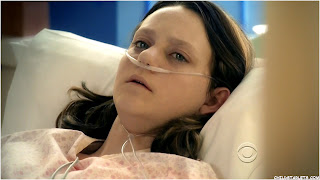 Hazel - John Green's first female protagonist, who is pretty similar to his male protagonists. I think he only felt comfortable writing her because she is somewhat asexual given her condition - a terminal cancer prognosis. Anyway she needs to be a good mix of spunky and awkward, and after some consideration I landed on Jordan Todosey of Degrassi fame. I MAY have been influenced by the fact Jordy has short hair for her role as a transgender character on Degrassi, but I honestly think she'd be good at this part. WHATTTT! I've found an (old) photo of Jordan donning pretty much Hazel's look (but with more hair). FATE! 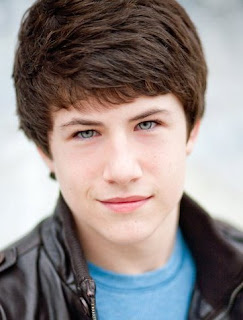 Augustus - The star-crossed cancerous lover to Hazel's own story. He's described as athletic and with a crooked smile. I'm sure I could put more effort into casting this role, but around the time I read this I watched the premiere of that new Lucius Malfoy (Jason Isaacs) show, Awake, which featured the kid that played Young Jack in Lost / the bully in the American version of Let Me In, Dylan Minnette. Something about him just worked for me, even though he does have a kind of perma-sour look on his face. 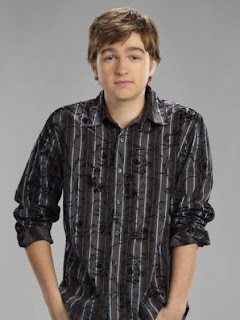 Isaac - I pictured a really pasty, kind of chubby-looking kid for this. I don't know if that's accurate because he's all kissy kissy with Monica at the beginning, but that's what I had in my head. As for an actual actor? I couldn't really pick one. This would have to be an unknown. Or maybe the 'half' from Two & A Half Men, Angus T. Jones. 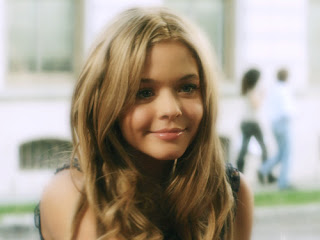 Kaitlyn - Hazel's only friend left from high school, a sophisticated social butterfly that still makes time for her cancerous gal pal. Although probably not the best choice ever, I went with Pretty Little Liars' Sasha Pieterse, who plays the devilish / enigmatic Alison DiLaurentis. 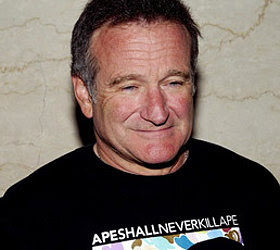 Van Houten - a crazy, large, hyper-cerebral author that writes Hazel and Gus' collective favourite book. I have THE GUY in my head for this…I can see him with sort of big lips, square glasses, a beret, and a vest but I don't know if this is all in my head or if it's a real actor. For the life of me I can't remember where I (may have) seen this actor. So for the time being I'd love to see a comedic actor like Robin Williams really knock this out of the park without it coming across super campy.

So those are your characters + that's my dreamcasting!

9:33 AM Posted In America's Next Top Model , Project Runway , Reality TV , Television Edit This 0 Comments »
All-Star Seasons can generally go one of two ways. One, it's thrilling to see people who aren't super naive come back and play the 'game' right - see: every time a past Survivor player jumps in for another round. Or two, it's awkward and against the entire concept of a show for rewarding a past loser, often with a bigger prize.

The main deciding factor between which type of show you're going to get is based on the nature of the show. If it's something where the game is entirely self-contained, like Survivor, The Amazing Race, or even The Bachelor, it makes sense and actually works to bring people back. But on a show like American Idol or America's Next Top Model…it's weird. Because those shows are meant to be proving grounds / launch points for success *beyond* the show. If you haven't hacked it in the meantime, it's not really 'right' for the show to be the thing that gives you a second shot.

So Project Runway All Stars should technically fall into that second category. And in a lot of ways, it does. But both ANTM & ProjRun haven't produced a calvacade of 'stars', with a few notable exceptions (Christian Siriano anyone?). Arguably the talent level on ProjRun is also much higher, and in many cases the 'right' person doesn't always win on that show (see: the last two seasons).

But still…when I compare the results of last fall's ANTM All Stars to this season's Project Runway, it's like night & day. The photoshoots on ANTM were some of the worst ever, and the outcome was completely jacked up: the fact they actually chose Angelea (as best as the public can tell) is bad enough, that they had to reshoot a false ending weeks before it aired is even worse.

That's not to say Project Runway All Stars doesn't have its issues. It does. Namely, we already understand each designer's point-of-view, so it's hard for them to surprise us (and the judges), but it's also not the contestants' advantage to break out of their box too much. In fact that's been the big trend this season: should I stay or should I go? For the most part it's been the former. And it's kind of refreshing to see each designer's dress walk down the runway and immediately recognize whose it is. But I've also seen so many familiar silhouettes and techniques, it can get a little tiresome.

Compound that with the fact they appear to be setting up Mondo (or possibly, maybe Austin) for the win, as if this whole season was designed to appease the long-outraged fans that Gretchen was handed Mondo's win two seasons ago. I was ambiguous about Mondo until the finale on his original season, truthfully. I didn't like a lot of his designs or his sniping, or his well-timed dramatic reveals re: his HIV+ and such. The whole thing felt a little calculated, and this season he's just coming off super arrogant, and I *still* don't really like this aesthetic all that much. Too busy / cartoony for me, but I suspect the prize package here will be a launching point that could put him into the Christian-like stratosphere.

Who does that leave us with? Well Michael Costello, who conveniently has tagged along this whole time as a confidant for Mondo, and otherwise still hasn't shown much by way of fashion chops (although he's made some pretty clothes). Kenley, who I have a soft spot for and am actually pretty irritated by the judges decision to never give her a first place finish - there were a handful of times I easily thought she should have won or at least been in the Top 3. And Austin, the second-most-likely to steal the throne from Mondo, given the 'foreclosure' set-up in this week's episode and his relatively consistent performance / fan favourite status. He's such a good demonstration of how you can be good TV and not be an arrogant prick (Mondo). Plus the fact they kept him around after one or two hideous offerings shows that someone up there (as in, the Executive Producer table) likes him.

Truthfully I think Mondo and Austin are a lock for the finale…whatever that is…they've never established that the designers will be showing collections or in what context, I assume a private runway show somewhere. It's a toss-up between Michael and Kenley. On the one hand, Michael has won two challenges, and we've never officially seen him do a collection (although his decoy Fashion Week collection was pretty tragic). On the other, the show would hurt a bit to not have any females in the finale, and Kenley has performed on more of a steady-footed plateau versus Michael's zig zag performance.

Anyway altogether I've enjoyed this season. The lack of drama / personal story shiftiness has been eliminated in the shortened episode length, and the weekly challenges have been mostly interesting - although a few were questionably campy. Having a fresh judging panel in place has worked well, although Erin (the host) has been kind of awkwardly cheery. I don't know if it's because of who was on the panel, or if it's because these are All Stars, but I've found the judging to be really refreshing because there are pros and cons to almost every outfit, and they discuss them openly, making it harder to discern who's going home. On the regular show, they've fallen into this pattern of just drilling home the flaws of an outfit, and I appreciate the more balanced critiques. I also love Joanna Coles as the new Tim. She's got this amazingly dry sense of humour and super blunt critiques, so much so that even her encouragement sounds like proclamations. She's got that perfect mix of droll humour and house mother guidance that Tim has taken ownership of…I like her so much more in this capacity than as a judge, although I've enjoyed the one or two times Tim has earned a spot on the judging panel. I actually think that should happen every season (ditto with Jay on ANTM).

Even though the remaining episodes feel like a forgone conclusion, and there isn't the excitement of a fashion week presence, I'm still digging that ProjRun went down this route. I'm not saying doing it often. And I do think the cast was a little lopsided (i.e. I can think of a half-dozen girls I'd have rather seen come back in the place of the ones that were cast / available). But altogether this >>>>ANTM.