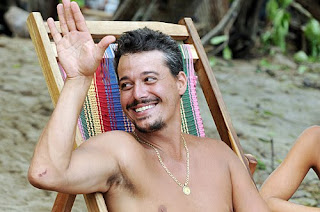 So...we're down to the Final 8 in this season of Survivor: Redemption Island, and it's been kind of a snoozy season. At first Boston Rob's domination of the game was exhilarating. Now it's just kind of predictable, and I wonder if anyone will be powerful enough to make a play to knock him out once we get down to the final 6 Ometepe kids. And if they do, it'll almost be disappointing that someone has rocked this season so hard, only to get bamboozled in the final moments. Then again, maybe it'd be nice for Rob to win. I'm torn.

My main reason for posting this though, is how WEIRD this season has been. I've noticed a lot of comments from the peanut gallery about how the reason why this season has been so snoozy is the only characters that get any airtime are Rob, Philip, and the occasional commentary from a member of the Zapatera tribe (David was pretty cool, I miss him). Is it bad casting? Are the chickies and football player on Ometepe really that boring? Or are the editors trying to hide something from us? 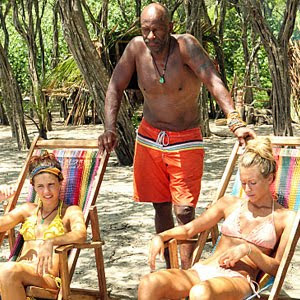 I just feel like a lot is being LEFT out, so instead we're being treated to some mild drama around camp, usually surrounding Philip. For example...how is it that no one on Ometepe, pre-merge, questioned the existence of immunity idols? One could argue that after Kristina's was used, they all assumed no more would be given out - but Grant (and Philip, to a degree) knew there were clues leading to a second one. Why didn't they show Grant searching aimlessly for it? Or did Rob reveal he had it? Or did Grant guess Rob found it already? I'm just confused as to why none of the inevitable interview segments surrounding the idol have been completely left out. I also wish I saw more from Rob's harem surrounding their devotion to him. Who thinks they're going to the Final 3, and why hasn't in-fighting and Rob's multi-person promises come to light? Or are they holding onto all of that till the final 6? 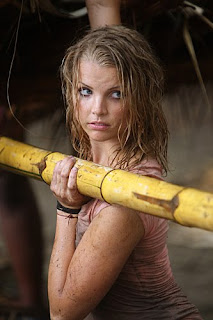 Part of me thinks this group is just sailing towards the finish like Tocantins, with the mutual understanding that it might not be such a bad thing for Rob to win the whole thing...I mean we haven't seen a shred of ambition from one of these kids (at least not one that's been left on the editing room floor) aside from Andrea's brief night of plotting with Matt by the campfire. They teased that next week Andrea might be walking the plank - a reminder that Rob never forgot Matt sold her out - but I'd be surprised if that's the case. That being said, Andrea has the weakest ties to Rob of the bunch, so I can see that he sees her as a threat. She's done well in challenges, doesn't have the same level of animosity around here that the other girls do, and she has Matt and Philip's votes if she makes it to the end. Is that enough to motivate her to make a power play? Doubtful.

I don't know. I don't know how I feel about this season. It feels like Rob's tribe has been as restrained by the editors as the Zapatera folks are spouting they are around camp. I love Rob as a character, and I commented earlier on this season that every season would be better with a little Rob in it, but his sheer domination over these unseasoned players has been kind of painful to watch...especially since they really do just seem like drones, based on the editing. I just want SOMETHING to happen. Don't keep me waiting much longer Survivor!