All My Movies: Changeling 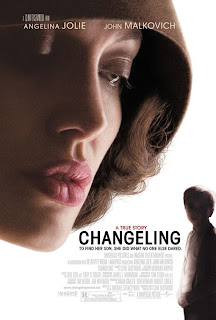 Road to Ownership: I think I took advantage of a Blockbuster deal to score four movies for $20 (pre going out of business). This rounded out the bunch. 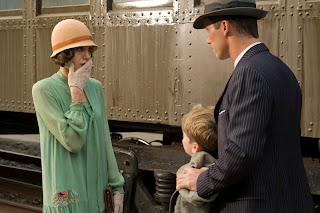 The Plot: Angelina Jolie is a single mom named Christine Collins, living in the 1920s and working overtime at a switchboard centre as a well-respected manager. One day she takes an extra shift and leaves her son at home. When she returns - he's gone. The cops take their sweet time in sorting out her case, but they eventually deliver good news: they've found her son. The catch? When she picks up her son from the train station...it's NOT her son. The detective assures her it is, tells her that she's simply delirious, and she poses for photos obligingly. But then she starts to gather evidence to prove that in fact, the boy they've brought home really isn't her son, and the cops better keep on looking for him - bringing the media and sympathetic radio listeners on board. What follows is a struggle between Christine being heard, and the detectives getting down to the bottom of the case of her missing son. 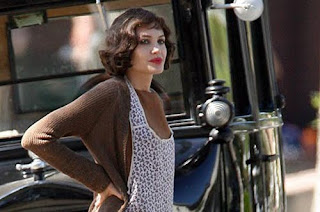 The Good & The Bad: I actually watched this movie a few weeks ago and forgot to post about it, but the main thing I have to say is this is soooooo not what I expected. Changeling has some mystical / folklore ties to it, and I was surprised when the movie ended up being a terse historical thriller of sorts. It's incredibly twisty-turny, and oftentimes quite sad and painful to watch, especially since it's based on a true story. It's amazing that this actually didn't happen *that* long ago either. Angelina was perfectly fine in it, and all of the supporting players (including the always awesome Malkovich) were well-cast. Amy Ryan once again proved how incredibly transformative she is as an actress.

I will say that the movie is a tad on the long side. Some parts dragged - painfully so. And there was a relatively inconclusive ending to the whole thing, but that's how these things go I suppose. I genuinely liked it more than I thought I ever would, and I'm surprised at the middling ratings.

Best Scene: Probably the big 'confession' scene towards the end, and the subsequent visit to the farm / digging stuff. Gut-wrenching and shocking.

Worst Scene: Ugh most of the stuff in the asylum was too much for me! 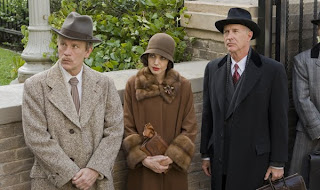 Worst Character: Hmmmm no one jumps out at me as being unfit for the film. I'll say the Changeling kid, whoever he was played by. Kind of stiff.

Soundtrack of Our Lives: Eh nothing to say about the soundtrack on this. I think it was all score.

If You Like This You’ll Like: Movies about unwinding a secret / conspiracy - Gone Baby Gone (more Amy Ryan!), Atonement, Mystic River.