2:43 PM Posted In Adrian Grenier , Ben Affleck , Books , Christina Hendricks , James Franco , Jennifer Garner , movies , Rachel McAdams , Reese Witherspoon , Sarah Pekkanen , Skipping A Beat , Zoe Saldana Edit This 0 Comments »
Another book down. I read a lot. Did I mention that? And I also like the idea of casting the books I read on digital paper. Because then, maybe, on the off-chance Hollywood picks up one of the books I've read and decides to butcher it with a movie edition (okay, at least POTENTIALLY butcher it) perhaps I can have some influence on the casting. Doubtful. But let's just say the casting of 'Something Borrowed' made my heart bleed, and thus I feel the need to document someway, somewhere, my less-than-important take on book-to-film adaptations.

Today's book was Sarah Pekkanen's 'Skipping A Beat'. As far as I know, there is no movie in the works - yet. But her book had a pretty cinematic quality to it, and it has a relatively consistent following from what I've seen on the interwebs / witnessed firsthand (months and months of waiting to get the SINGLE copy of the book from my city library because there was a giant wait list in front of me). The only tricky part I can see would be the flashbacks, particularly to when the main characters, Michael and Julia, met as teenagers.

The plot, in summation: Michael is a multi-millionaire entrepreneur of a VitaminWater-type company called DrinkUp. His wife Julia is a successful event planner. As the book opens, Michael dies from a heart attack - but is miraculously revived just over four minutes later. When he awakes, he's literally awakened - he decides to give away his fortune, and repent for his sins as a well-to-do, business-obsessed workaholic, including his mistreatment of his wife.

Today's casting of Skipping a Beat will only be for Michael, Julia, and Isabelle - the best friend of Julia, an heiress with a relative heart of gold. Our characters are supposed to be in their 30s - although flashbacks take them to teenagehood and their twenties (which I'm mostly ignoring). They live in Washington. And they're all relatively average looking (by Hollywood va-va-va-voom standards). 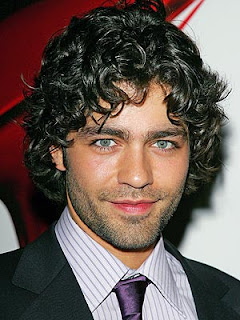 Adrian Grenier
My go-to choice for curly-haired protagonists. The thing I like about Adrian here is he polishes up nice, but also he has that bright-eyed boyish thing going for him. He's 35, which is the exact age of our male anti-hero, making him perfect for the part. James Franco
I mean. If you had to go for another actor, James might be someone to consider...although I have yet to see him play a convincingly romantic lead, and that's sort of what Michael evolves into post-death (although the portrait painted of him by Julia is less than flattering). He could do the aloof, over-ambitious, didn't-realize-what-I-was-losing thing though. Plus I've seen him with curly hair. He's 33, a tad younger than Michael but still workable. 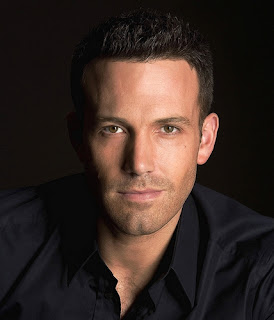 Ben Affleck
I have my reasons for picking and NOT picking Ben here. I honestly think he'd be fantastic in the role - definitely more subtle in the various shades of the character than the other two actors above could be, BUT my pick for leading lady makes him a longshot to do the film. He's 39, a little old, but still a good choice. 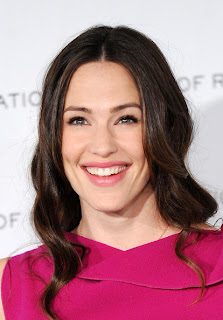 Jennifer Garner
I vacillated between many different actresses before landing on J Garn about halfway through the book. Why? Well, Julia is a super conflicted lady. So much so that it defines her character. And no one does fierce-meets-conflicted better than Sydney Bristow I tells you. I feel like she can portray Julia's meek beginnings and sensitive heart mixed with her desire for security and anger at how her life has turned out. Again, she's also a tiny bit old for the part at 38 (and Hollywood loves to tweak the age of characters when taken from books), but I think she'd be perfect for it. Doubly so if she and Ben were co-stars! 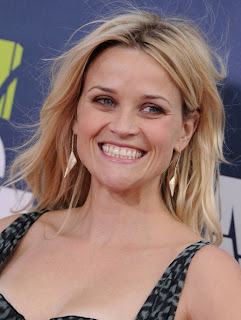 Reese Witherspoon
The second person I had in my head for Julia before settling on Jennifer Garner - she fits the Type A event planner / socialite part of the role perfectly...but I don't know that she can do the super conflicted, angry, reluctant side of the role. I feel like she's too sweet for it almost. She would actually be a good Isabelle, if she were willing to do 'the friend' role for a change. She is 35! Right age. 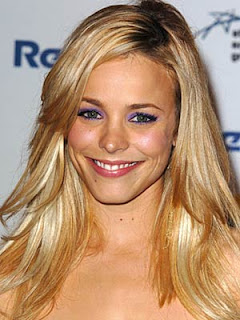 Rachel McAdams
My original pick for Julia, but she was pretty quickly eliminated when I realized this wasn't about a loving relationship suddenly gone awry, but a long-crumbling relationship that had gone sour eons ago. Not really what I picture Rachel doing - too sweet for the role, like Reese. If the story were more sentimental and less complicated, she'd be great for it though. 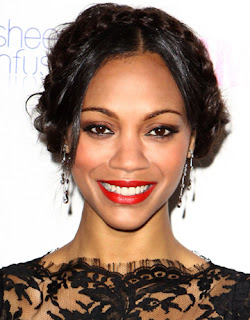 Zoe Saldana
Yeah, I don't know why. I figured the casting director might want to add some diversity. Isabelle is supposed to be utterly confident but also a little frivolous. I'm not saying Zoe embodies that exactly, and it's not who I ultimately gravitated towards for this role, but she wouldn't be the worst choice EVER. 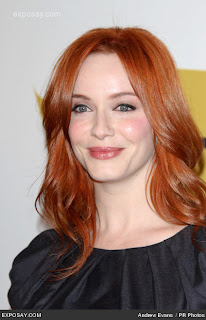 Christina Hendricks
She's still doing b-role parts right now, so she'd actually be perfect for this. She was who I ended up picturing after the first few chapters...I feel like knowing her as Joan Holloway makes me a little biased to be uncertain that she can't be so prim and proper - you need a gal that's willing to show an uglier side for this part - but I can totally picture her and J Garn laughing it up / loving it up.

There you have it! Another movie cast dreamcasting session down.